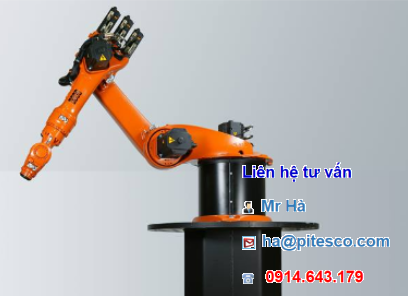 The AL-KO Kober Group develops and manufactures innovative products in the areas of Automotive Technology, Garden + Hobby and Aerospace. The internationally successful group of companies employs more than 4,000 people at locations all over the world. In spite of all the globalization and expansion in the successful company, production of tried-and-tested AL-KO trailer axles and components for the European market is traditionally undertaken at the company's headquarters in the village of Kötz in Swabia, which lies in southwestern Germany. Axles for commercial vehicle trailers and caravans from AL-KO are regarded as benchmarks in the industry.

Welding of trailer axles is a highly demanding task

Welds on vehicle components are exposed to high dynamic loadings, as a result of which welding trailer axles is one of the most demanding tasks in joining technology. Reliable welding processes and state-of-the-art production technology are essential prerequisites for guaranteeing maximum component quality at the same time as unrestricted flexibility.

For its production of rocker arms, anti-theft devices and various add-on parts for commercial vehicle trailer axles, AL-KO relies on two identical welding cells from the leading system integrator, Robolution. Production in these stations is dominated by small batch sizes of between 10 and 500 parts, with an enormous number of variants. The Robolution universal cells with their two different special positioners bring an incredible flexibility to bear, while using the six-axis KUKA KR 16 welding robot guarantees both outstanding quality and productivity.